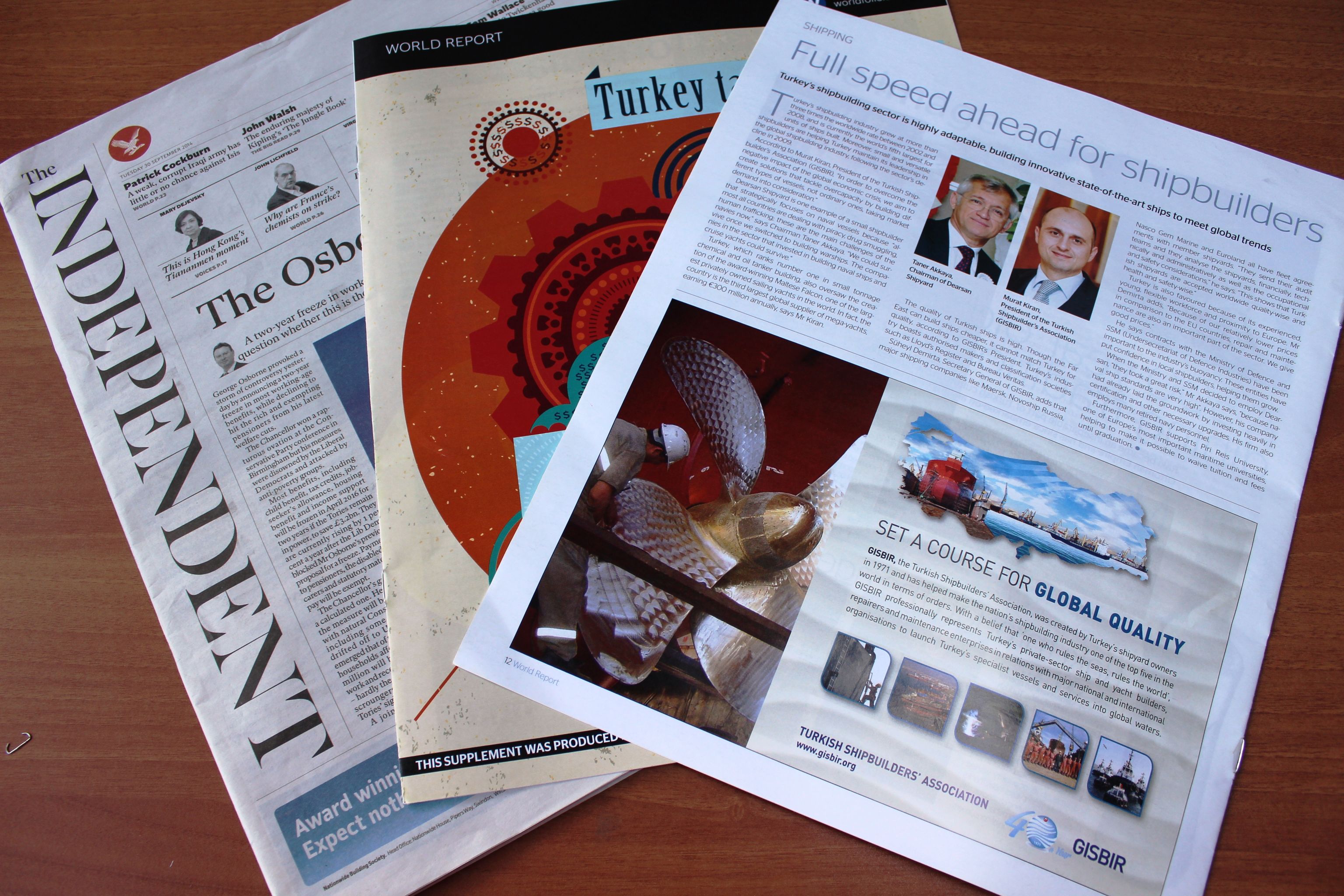 Full speed ahead for shipbuilders

Turkey’s shipbuilding industry grew at more than three times the worldwide rate between 2002 and 2008, and is currently the world’s fifth largest for units of ships built. Moreover, small and versatile shipbuilders are helping Turkey maintain its leadership in the global shipbuilding industry, following the sector’s decline in 2009. According to Murat Kiran, President of the Turkish Shipbuilder’s Association (GISBIR), “In order to overcome the negative impact of the global economic crisis, we aim to create solutions that tackle overcapacity by building different types of vessels, not ordinary ones, taking market demand into consideration.” Dearsan Shipyard is one example of a small shipbuilder that strategically focuses on naval vessels because “almost all countries are dealing with piracy, drug smuggling, human trafficking; these are the main challenges of the navies now,” says Chairman Taner Akkaya.

“We could survive once we switched to building warships. The companies in the sector that invested in building naval ships and cruise yachts could survive.” Turkey, which ranks number one in small tonnage chemical and oil tanker building, also oversaw the creation of the award-winning Maltese Falcon, one of the largest privately owned sailing yachts in the world. In fact, the country is the third largest global supplier of mega-yachts, earning €300 million annually, says Mr Kiran. The quality of Turkish ships is high. Though the Far East can build ships cheaper, it cannot match Turkey in quality, according to GISBIR’s President. Turkey’s industry boasts authorised makers and classification societies such as Lloyd’s Register and Bureau Veritas.

Süheyl Demirtas, Secretary General of GISBIR, adds that major shipping companies like Maersk, Novoship Russia, Nasco Gem Marine and Euroland all have fleet agreements with member shipyards. “They send their audit teams and they analyze the shipyards, financially, technically and administratively as well as the occupational and safety considerations,” he says. “This shows that Turkish shipyards are accepted worldwide quality-wise and health and safety-wise.” Turkey is also favored because of its experienced, young and flexible workforce and proximity to Europe. Mr Demirtas adds, “Because of our relatively lower prices in comparison to the EU countries, repair and maintenance is also an important part of the sector. We give good prices.” He says contracts with the Ministry of Defense and SSM (Undersecretariat of Defense Industries) have been important to the industry’s buoyancy. These entities have put confidence in local shipbuilders, helping them grow. When the Ministry and SSM decided to employ Dearsan, “they took a great risk,” Mr Akkaya says, “because naval ship standards are very high”. However, his company had already laid the groundwork by investing heavily in certification and other necessary upgrades. His firm also employs many retired navy personnel. Furthermore, GISBIR supports Piri Reis University, one of Europe’s most important maritime universities, helping to make it possible to waive tuition and fees until graduation.